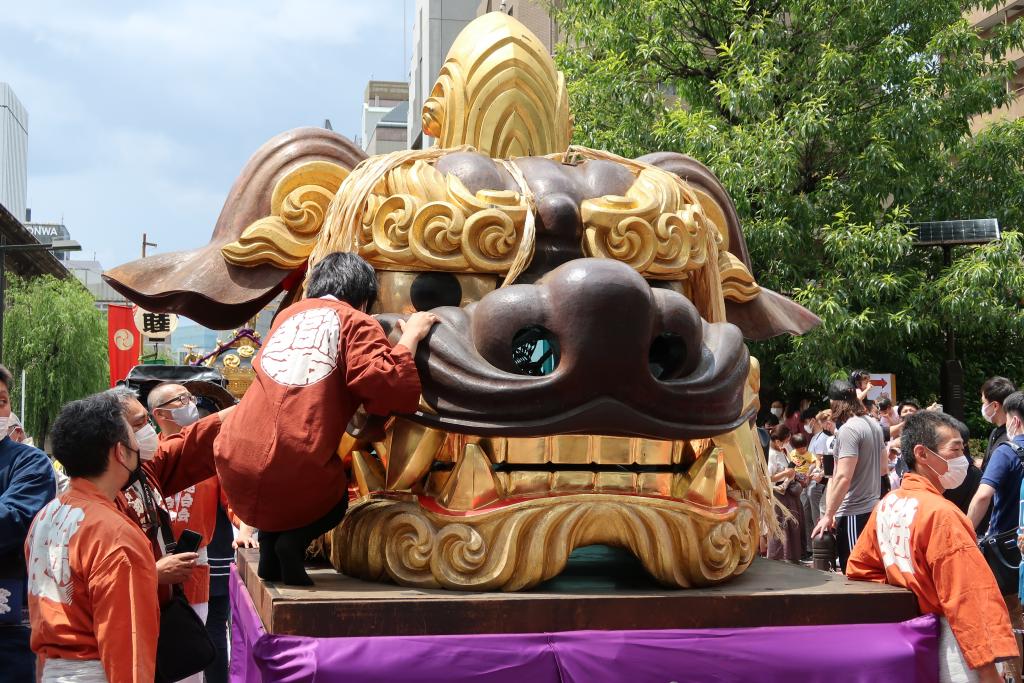 Hello, I am Take-chan, a new correspondent of the Chuo City Tourism Association. This is the first time for me to write a English-language blog for foreigners. Please forgive me if there might be some strange English expressions.

Do you know the Tsukiji Fisherman’s wet market? Unfortunately, the market moved to Toyosu, but the Tsukiji festival is still going on today, and also there is a famous and enjoyable shopping street called "The Tsukiji Outer Market "

For about 360 years since its foundation in the Edo period (1603-1868), the Namiyoke Shrine has held a summer festival to ward off epidemics.

This year, the main festival is held once every three years. This year, however, the shrine will revive the old festival and on the June 12th (Sunday), a parade was held with a portable shrine and a large lion (male lion) on a float, which was pulled around the entire town of Tsukiji. 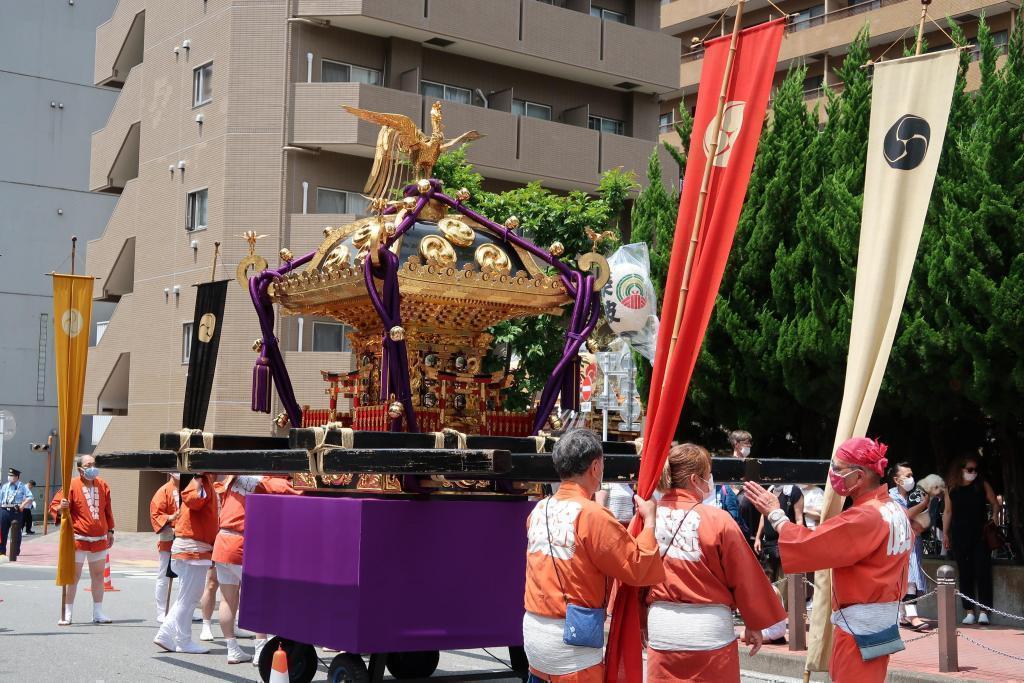 At a traditional Japanese festival, we carry Mikoshi on our shoulders and walk around the streets chanting "wasshoi wasshoi".

However, this year, due to Covid19, we stopped chanting and instead went around the city on float, which we called "Dashi".

In Japan, it is traditional to have small stalls called "yatai" at festivals.

Here in Tsukiji, we saw many ”yatai” at the festival.

Let me introduce the major stalls.